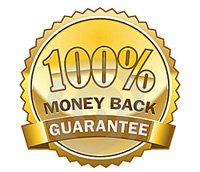 We like our customers to be happy the first time. That's why we have made it easy at 4AllMemory.com. When you use our Memory Finder, we've done the work for you. The Memory Finder will only show you parts that we guarantee will work. When you purchase anything less, or less expensive, you're risking compatibility with your system.

At 4 All Memory.com, our goal is to provide our customers with high quality computer memory that works in your system for the lowest possible price. We want happy customers! Sometimes, however, you might find what seems to be the exact same memory from a competitor for a lower price. The word to emphasize in this scenario is seems...

So why are there price differences among memory modules that seem to have the exact same specifications?

Not only are there widely varying degrees of quality among memory manufacturers, ranging from "top tier" brands like Samsung and Micron down to unreliable-but-inexpensive "generics" who shall remain unnamed, but the prices must also take into account something called "memory density migration" and how it relates to compatibility with different computers.

When computer manufacturers design new computers, they attempt to build in support for all the DRAM chip densities available at the time of design, as well as future-proofing as much as possible. For example, when PC100's were released, only 16MB and 64MB DRAM capacities were commonly available. However, 128MB modules were already in the design phase, so some computer manufacturers built in support for this higher memory density, knowing that eventually, they would need to adapt. Today, manufacturers are capable of producing chips with capacities of 1GB and 2GB commonly, with 4GB and 8GB modules working their way into the market.

As methods to pack more storage per chip are developed and production processes are streamlined, the overall cost per megabit (MB) decreases accordingly.

The Variability of Market Value

Simply put, memory modules are a commodity. Their market price is dictated by supply and demand. When the demand increases for the higher-capacity chips, the demand for older, lower density chips usually declines, resulting in the manufacturers shifting their production runs to accommodate the new found demand. If the supply of the lower-capacity modules decreases faster than demand, the market price on these chips will remain high in comparison to the newer, higher density chips. That is why we currently see higher pricing for older modules and lower prices for newer, higher capacity modules.

Compatibility, And What It Means To You

The issue with compatibility is simple: all memory modules are not created equal. Older systems based on memory technology that existed at that time have no way of supporting newer, faster, higher capacity modules. The computer's chipset (a part of the computer which dictates communication between all the components inside) can only support the memory technology it was designed with. As a result, most older systems only support lower-density modules.

Some consumers will opt for the lowest price module every time, especially when the specifications seem to be identical...but there is nothing more disappointing than thinking you are getting a great deal, installing the memory and finding that it doesn’t work in your machine. It almost makes you want to give up Internet shopping altogether! The faster computer you planned on is suddenly days away as you proceed through the company's return process, hoping to get a replacement module that works.

Memory compatibility sounds complicated, but it doesn't have to be. We guarantee that the memory you purchase is 100% compatible with your system or we'll give you your money back.

With 4AllMemory.com, your next computer memory upgrade really can be that simple. If you're a part of a school, business or government organization, we've got special pricing solutions just for you!